As various phases of legalisation come into effect in different parts of Australia, the country’s cannabis market is expected to break through the barrier of US$1.5 billion by 2025, making it the largest legal cannabis market in the Oceania region. This is according to a new report by market research consultancy Prohibition Partners.

The consultancy’s forecasts for the coming five years represent a mammoth jump for Australia’s cannabis market, which is currently estimated at a value of just US$40 million. This figure is expected to jump to US$170 million by next year, and more than triple in the year after, down the line making its way past the $1 billion mark by 2023.

The jump in value is the anticipated result of regulatory changes that have come into effect across various parts of Australia in recent years, lifting restrictions on use for certain purposes. According to the report by Prohibition Partners – The Oceania Cannabis Market – the cannabis market can be broken down into four categories, namely medicinal, recreational, industrial hemp and CBD (Cannabidiol).

Regulations around cannabis have been tweaked over the years to allow for the sale of some categories. Industrial hemp was among the first to be legitimised, in light of its broad-based potential for use in products ranging from textiles and plastics, to paint, food and even concrete. Some Australian territories legalised industrial hemp as early as 1998, while most other provinces had caught up a decade later.

Since then, while the medicinal cannabis market has grown gradually, Australian Capital Territory’s (ACT) legislative assembly has been leading the charge to further open up the cannabis market. Experts have long argued that legalising all forms of cannabis has tremendous economic benefits, while the stigma around the substance and the consequent resistance results from a lack of research into the matter. 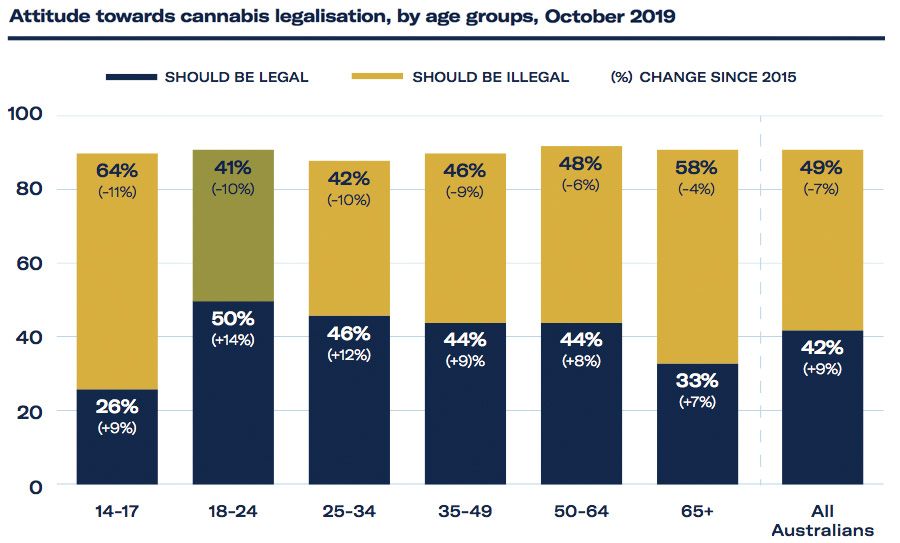 Prohibition Partners is among a number of organisations that advocate a more legalised lens on cannabis, and are looking to cover the gap in research to draw attention to its benefits. Attitudes towards cannabis in Australia also appear to be shifting towards a more favourable direction. ACT is the only region that has thus far taken a completely open stance to cannabis, with the Legislative Assembly voting to legalise recreational use in September last year.

The law finally came into effect in January this year. “Since 31 January 2020, adults have been allowed to possess 50 grams of cannabis and grow 2 cannabis plants. The bill continue to consider the use of artificially cultivated or synthetic cannabis an offence,” state the authors in their analysis.

This is among the factors expected to drive a boom in the market over the next few years. At a federal level, however, continued resistance is expected. In October last year, Australia’s Attorney-General declared that possession of cannabis for recreational use will remain a punishable crime, irrespective of changes in ACT’s stance.

The current Liberal-National Coalition government remains opposed to the recreational cannabis market, but is strongly backing growth in the medical cannabis segment. 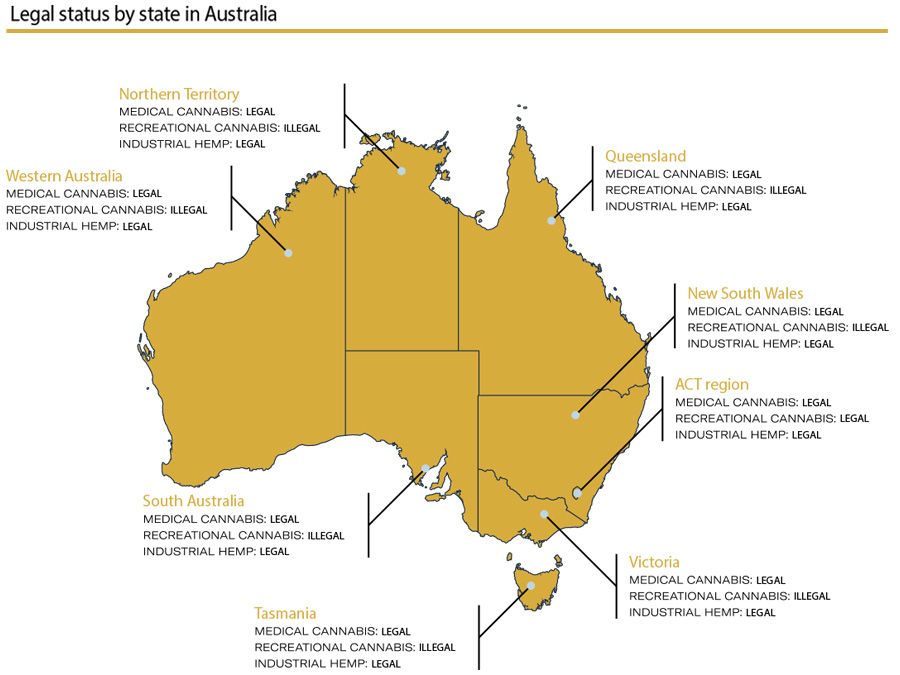 However, 2019 remained a landmark year for the cannabis market in Australia. In early 2019, Australia lifted parliamentary regulations preventing the export of medicinal cannabis products including cannabis-based oils, patches, sprays, lozenges and tablets that can help alleviate pain, and in August 2019 the government announced its intention to add backing to major medicinal cannabis projects with a view to securing Australia’s position at the top of medical exports of cannabis medicines.

Since then, six massive production projects have received ‘major project status’ from the Australian government. But, Prohibition Partners highlights the recreational cannabis market to hold the most promising growth momentum, expecting the segment to occupy the lion’s share of the $1.2 billion plus cannabis market in 2024.

This is perhaps due to an extent because ACT’s open stance has begun to make waves. “Both Victoria and Tasmania are also making moves towards more lenient cannabis laws and could be following in the ACT’s footsteps,” said the authors. “The Victorian government invested in R&D of the local industry, and is said to have ambitions to be the ‘cannabis bowl of Australia’ with a target of 500 local jobs,” while senior officials in Tasmania have applauded the ACT’s progressive stance.

Australia’s budding cannabis market is matched in vibrance if not size by the increasingly progressive market in New Zealand. The country is set to hold a referendum for cannabis legalisation in September this year, while the medical cannabis market is already active. The two markets combined will boost cannabis production in the Oceania region, putting it in contention with other regions such as Europe that have a thriving cannabis market.

Read the full article at consultancy.com.au